A cookie is information stored on your computer by a website you visit. Cookies often store your settings for a website, such as your preferred language or location. This allows the site to present you with information customized to fit your needs. As per the GDPR law, companies need to get your explicit approval to collect your data. Some of these cookies are ‘strictly necessary’ to provide the basic functions of the website and can not be turned off, while others if present, have the option of being turned off. Learn more about our Privacy and Cookie policies. These can be managed also from our cookie policy page.

IE10 and below are not supported.

1. Where is C.Y. O’Connor Beach?
2. What is coastal erosion?
3. What causes coastal erosion?
4. What is the City currently doing to adapt to erosion at C.Y. O’Connor Beach?
5. What will happen if we do nothing?
6. Why does the City need my input?
7. What will happen when the comment period closes?
8. I have more questions about the project, who can I ask?
9. What are sand replenishment works?

The C.Y. O'Connor Beach Protection Project area falls between the sections of beach adjacent to Mewstone Crescent and McTaggart Cove in North Coogee. 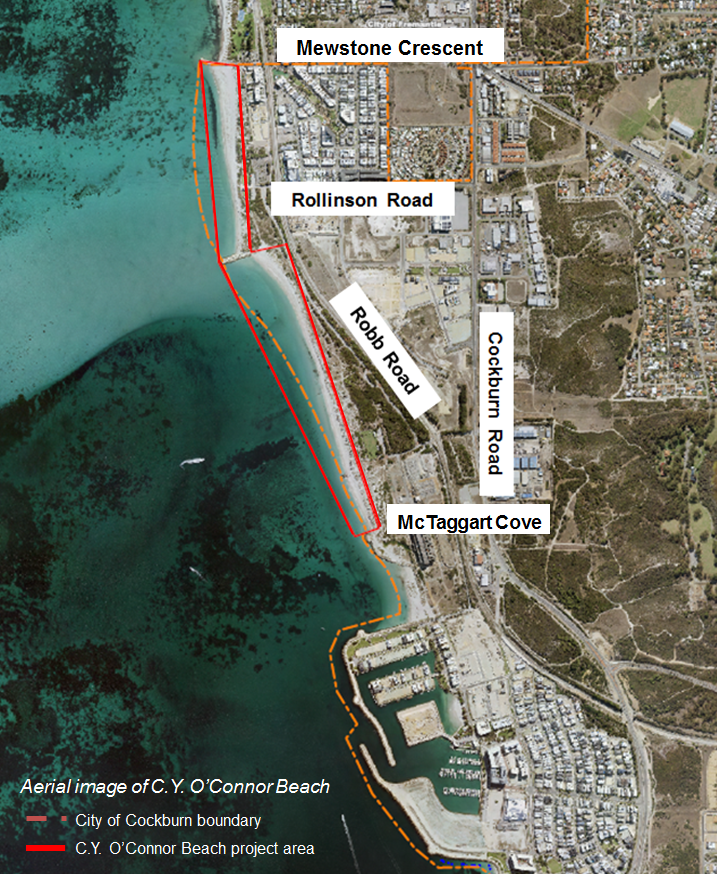 2. What is coastal erosion?

Coastal erosion (or shoreline retreat) is the loss of coastal lands due to the net removal of sediments or bedrock from the shoreline.

Coastal erosion can be either a:

•  slow-onset hazard (occurring over many years, or decades to centuries).

Investigations and studies undertaken as part of the Cockburn Sound Coastal Vulnerability & Flexible Adaptation Pathways Project suggest that erosion at C.Y. O’Connor Beach may be a result of several factors, some of which are expected to exacerbate in the future as sea level rise occurs. Factors contributing or expected to contribute to erosion and shoreline recession at this site include:

•  Net longshore sediment transport away (north and south) from the site

•  Loss of beach sand via erosion due to wave energy at the site during storms, the effects of which may increase with changes to offshore morphology and climate change

Further details can be found here.

4. What is the City currently doing to adapt to erosion at C.Y. O’Connor Beach?

Sections of the dual use path alongside C.Y. O’Connor Beach were relocated in 2009 and 2013 in response to to the encroaching erosion.

Through the City’s active involvement in the Cockburn Sound Coastal Vulnerability and Flexible Adaptation Pathways Project between 2013 and 2016, C.Y. O’Connor Beach was identified as vulnerable to erosion. This study went on to recommend that sand nourishment be undertaken to address the immediate erosion problems, whilst planning and design works progress for a longer term solution.

Sand replenishment activities have been undertaken on several occasions since 2016, which involves replacing the sand that has been washed away with sand transported from the beach further south. Around $300,000 has been invested in sand replenishment works over the past four years.

5. What will happen if we do nothing?

If no action is taken to address erosion of C.Y. O’Connor Beach, the coast line in this area will continue to erode and move inland. In addition to risk of loss of surrounding infrastructure, the beach will likely become narrow making it difficult to use.
top of the page

6. Why does the City need my input?

Your feedback will guide the City’s approach to erosion management and potential mitigation designs for C.Y. O’Connor Beach. The City is seeking your vision and values regarding C.Y. O’Connor Beach and its future.
top of the page

After the comment period, the City of Cockburn will assess all feedback received. The City will use this feedback to determine how the community uses the beach and attitudes toward erosion control at C.Y. O’Connor Beach. Designs for erosion solutions will be developed by expert coastal engineers, taking in to consideration the needs and vision of the community.

When complete, the draft design options will be presented to the community for further comment.

8. I have more questions about the project, who can I ask?

Phone the City of Cockburn on 9411 3444 during office hours or email customer@cockburn.wa.gov.au.

9. What are sand replenishment works?

Sand replenishment includes the transport of sand from one location to another. Sand replenishment activities have helped to retain a usable sandy beach along the C.Y. O’Connor coastline by replacing sand that is lost through erosion. Sand is typically transported from where it accumulates (near Port Coogee) and placed at eroding areas around Catherine Point.

Without the replenishment, ongoing erosion would likely cause the beach to become too steep and difficult for beach goers to use, and dunes and other infrastructure would be lost.

Sand replenishment is not considered a sustainable long term erosion control method, due to increasing rates of erosion, depletion of the sand source and higher costs that will apply to bring sand from alternative locations. 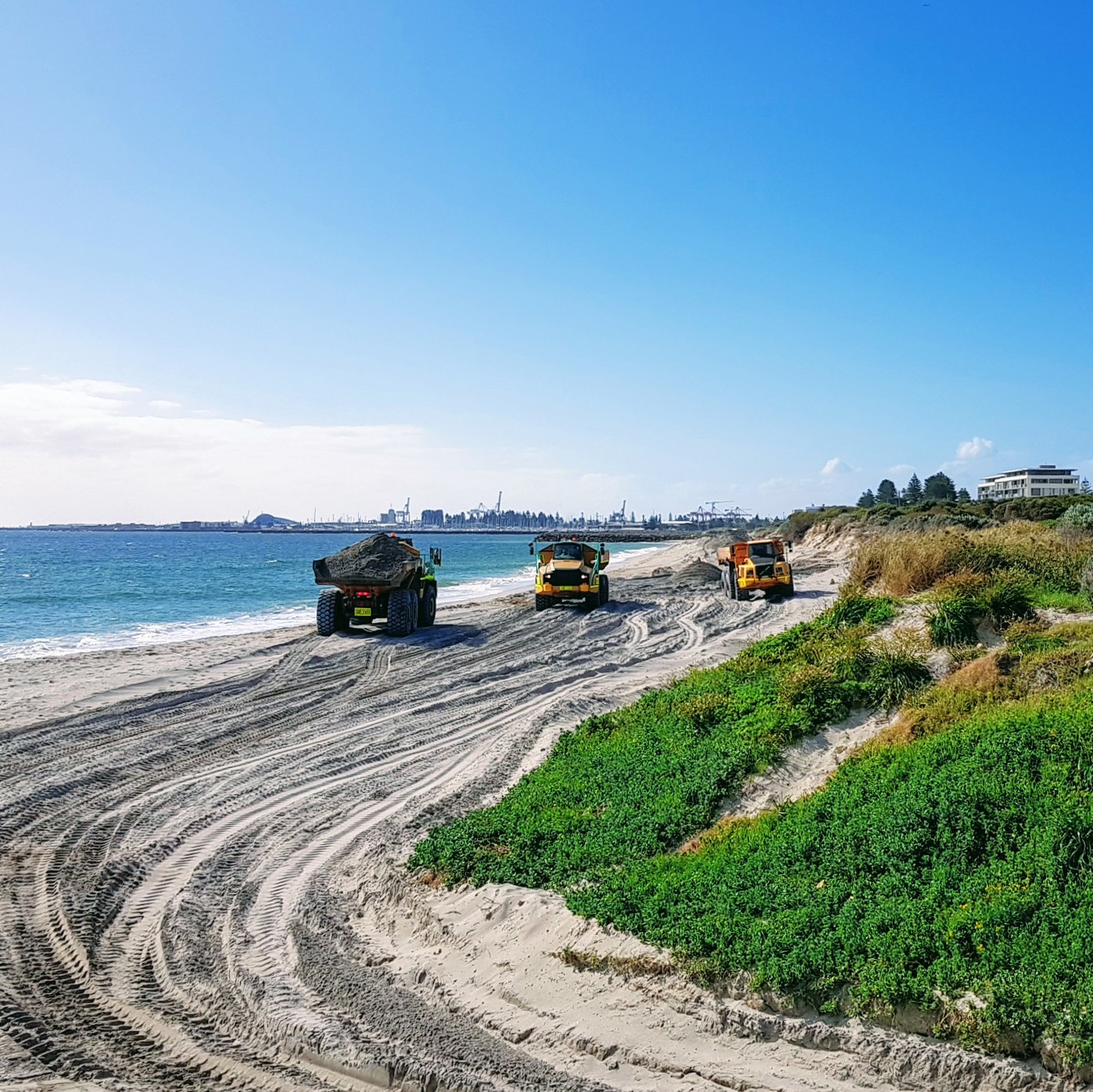